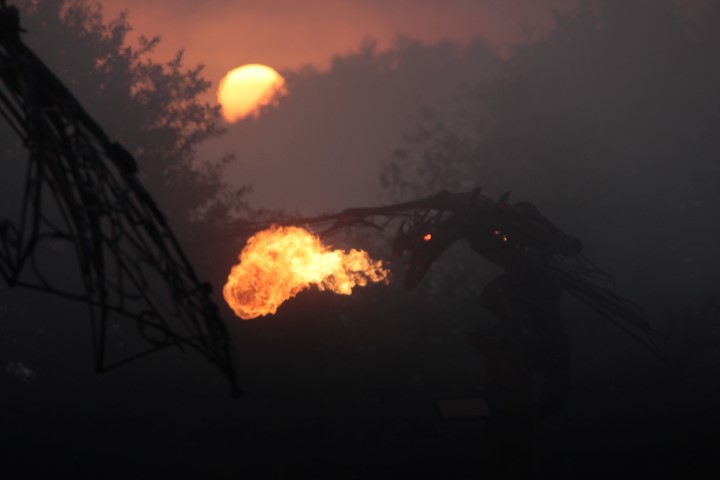 In 2014 Dr. Strebel build 6 dragons for the Türmbühne of Fusion Festival. They fly around the tower in a landing sequence. They have several light effects and spit fire over the crowd. Kihs1 helped with a lot of the metal art. The fire was built by Hannes Jung and Eddy Egal. Cyrill made the 3D landing sequence and Maya Explosiv helped out with the production of this one of a kind installation. Since 2014 they have lived on the Kulturkosmos in Lärz and have fired up the Fusion Festival on the Türmbühne and Palapa.